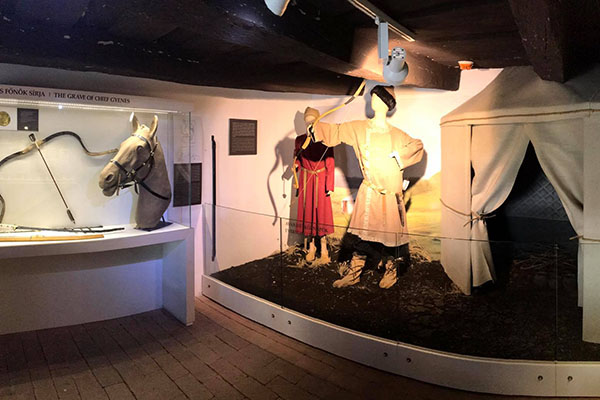 On the trail of unique Avar archaeological findings in Gyenesdiás …

Why just Avars? The Avars whose ethnic and linguistic background and origin is unclear dominated in the early Middle Ages nearly 200 years in Pannonia. The Carpathian basin was the centre of the Avar power base.

Keszthely and its surrounding area played an important role during this period. Gyenesdiás was in the middle of the 7th Century the residence of the former, probably most powerful Avar leader and his family. His grave and unique archaeological findings were found during excavations in the area of Gyenesdiás in the ’70-80 years.

From the summer of 2012, these findings and the grave of the great Avar leader is exhibited in the renovated shepherd’s house. The visitors get great insight into the world of Avar culture. The material of the exhibition was provided by the Balatoni Museum in Keszthely. (www.balatonimuseum.hu )

Where: Herdsman’s House (next to the Village Hall)