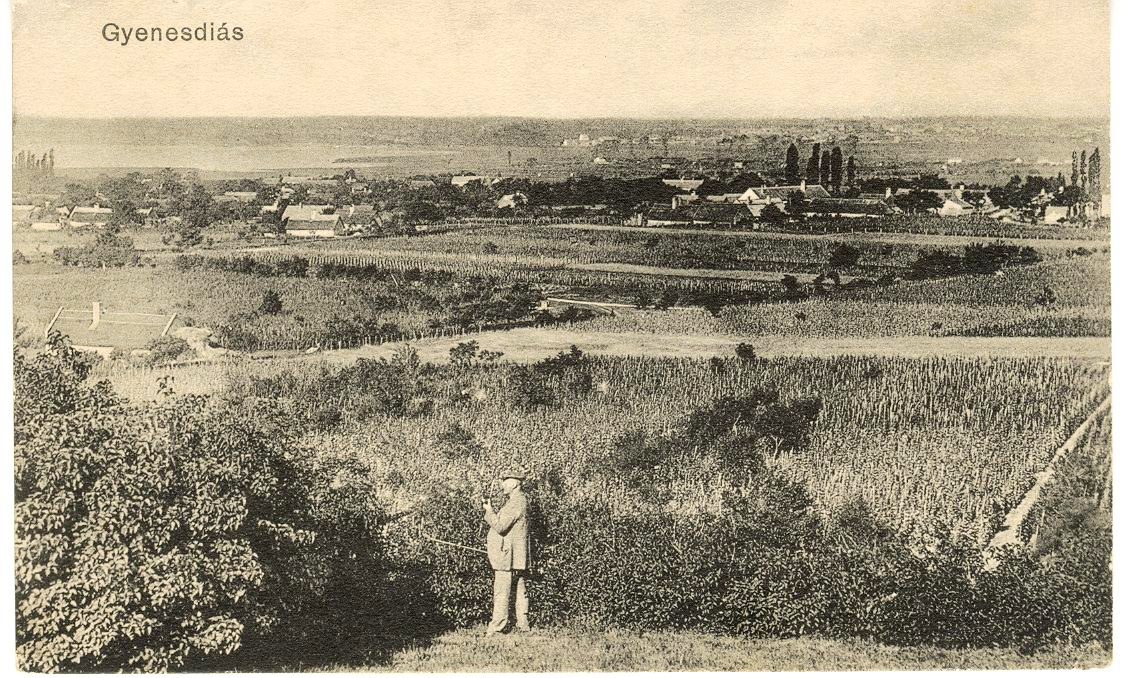 Gyenesdiás (nearly 4,000 inhabitants) is located 100 km from the western border of Hungary, in the West-Balaton region, on the shores of Lake Balaton, at the foot of the Keszthely Hills in an area of ​​18.5 km2. The settlement is next to Keszthely, the city of culture and Hévíz, the world-famous spa town. The life of today's village is mainly determined by tourism, which is due to Lake Balaton, the natural environment of the Keszthely Mountains, excursion places, the sights of the area, the locally developed tourism infrastructure and the hospitality of the local population. The area of ​​the village was inhabited as early as the Neolithic Age (3500 BC), but more and more archeological monuments from Roman times prove its rich past.

In connection with the nearby Fenékpuszta (Valcum), a populous colony lived here. Significant archaeological finds have been unearthed in connection with the “Keszthely culture” (population of Roman origin) - a 1,400-year-old cemetery with 301 tombs. Gyenesdiás was the accommodation of the military leader and family of the wider area, they were buried here. The peculiarity of the find is that the military leader's tomb, which died around 660, has remained intact from the grave robbers, it is the first authentically excavated middle-aged tomb in the entire Carpathian Basin. As a result, the “Chief of Gyenes” traveled more dead than in his life - he was shown in various museums (including Austria and Germany). A Hungarian cemetery from the time of the conquest was also excavated in the village.

There were three villages in the area of ​​Gyenesdiás, the earliest of which was the Árpádian Village. The church of St. Elizabeth was first mentioned in 1333. This settlement has been inhabited since the 16th century. The village has been part of Rezi Castle since 1408, in 1427 it became the property of the Gersei Pethő family. The village was burnt down by the Turks in 1548.. From 1686 onwards, its fields and pastures were continuously barren, resp. used for wages by neighbors. It was bought by Kristóf Festetics in 1739, and in 1785 it consisted of arable land, vineyards, pasture, meadow and forest. The ruins of its church were built by the people of Gyenes in the 19th century.  In connection with the 1100th anniversary of the conquest, the Municipality erected a memorial column on the site of the medieval cemetery, close to the former church - in memory of the destroyed village of Falud.

Gyenes, the western part of today's village, is mentioned in 1696 as the vineyard of Falud. His name comes from the personal name Dénes. In 1807, the vineyard owners of Gyenes wanted to build a chapel on the vineyard. At that time, the still standing ruins of the church of St. Elizabeth of the former Falud village were demolished for the stone. The construction then failed, as György Festetics “did not allow him to build on his own fundus”. The church was finally built in 1826 in the classicist style with the support of László Festetics. Her daughter was baptized St. Ilona in honor of her saint.

Diás, the eastern part of today's village, probably got its name from the walnut native here. It was first mentioned in 1341 as the property of the Lőrinte family.  It was owned by several families until the middle of the 19th century and then became the Festetics family by way of purchase. Gyenes and Diás merged into an independent village in 1840. At the time of the first census, in 1869, it already had 948 inhabitants, but its development was very slow until the end of the century.

Population growth accelerated from 1890, one reason being the phylloxera epidemic of 1889. After the epidemic, the extinct vineyards, press houses and cellars were bought by settlers, and a kitchen and room were added.
From 1871, there was also a school in the village and then a pub (now a kindergarten).

With the favorable location of today's Gyenesdiás - the shores of Lake Balaton, the Keszthely Mountains, the proximity of Keszthely and Hévíz, the rich sights of the village and the surrounding settlements - with a great climate - 830 hours of sunshine in summer, often 25 ° C water, mild, long autumn, with its various tourist attractions and offerings - swimming, water sports, sailing, fishing, horseback riding, archery, shooting, hiking, Hungarian culture, recurring cultural and sports events, folklore, gastronomy, etc. - with its hospitality, it is an ideal destination for all ages.