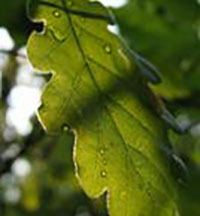 At the mouth of the Pajta-völgyi road to the Büdöskúti valley lives the most beautiful, largest and one of the oldest (almost 250 years old) beech trees in the country. Trunk size 675 cm, height 30 m, crown 50 m in diameter. His legendary memory is preserved in his cleaned surroundings by a headstone. Unfortunately, the tree has rotted in recent years. At the confluence of the Büdöskúti Valley and the Hosszúszénarét, where the K + tourist sign turns left, huge wild pears and white summer woodweeds are under local protection, 60 m apart. The age of the crab apple tree is nearly 120 years, and the age of the poplar is nearly 70 years.

Vadlánlik Hill, above the northern end of the Diás vineyards

On one side of the Horse Mountains is a small cave opening, which the locals have collectively called Vadlánlik for centuries. It is nothing more than a wind eroded stone cabin enlarged by a human hand. Around the turn of the century, it was used by locals as a secret brandy brewery. Going towards Nagymező, from the S and K + signs going together to the Feldiás herd well at the bottom of Tücsökdomb, if we choose the yellow, we can get to this stone nave on a steeply ascending, water-washing road. 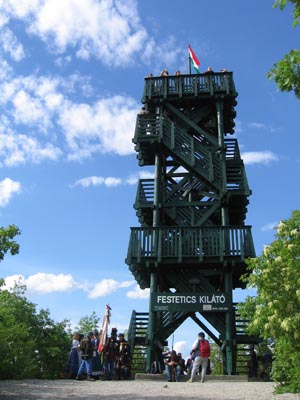 The deepest point of the area (Nagymező) is 180 meters above sea level, the highest protrusion (Festetics lookout) is located at an altitude of 235 m on the southwestern side of the Keszthely Mountains, 2.5 km from Lake Balaton.
Nagymező is not only one of Gyenesdiás, but also one of the most popular excursion places in the Keszthely-hills, where built-in bacon grills, tables, benches, a football field and a rain shelter are waiting for hikers and nature lovers. On the western side of the big field, you can reach the highest point of Kerek Hill on footpaths, where a three-storey lookout tower rises. The Festetics lookout tower, rebuilt in 2000, offers a beautiful panoramic view. The forest exercise trail, renovated in 2001 starts also from Great Meadow . The 1300 m long path with its 16 exercise stations awaits both "young and old". 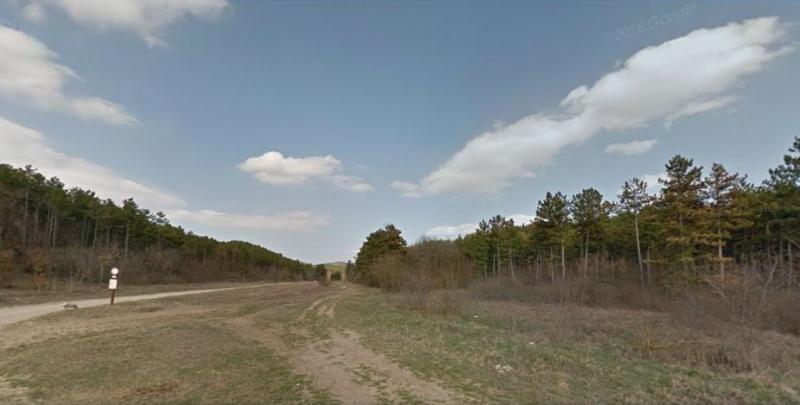 Starting from the end of Pilikáni út, Szoroshadi út runs between Pilikáni forest and Meleghegy. According to narratives, the origin of the name can be traced back to a Turkish time battle, where the Hungarians "squeezed the Turks" in the area and won victory over it. Traces of wide pits and ditches can be discovered in many places along the area, on the surface of which the gravel layer of the bedrock can be seen.

The legend about these ditches and pits marking the traces of excavation is that before the destruction of Falud settlement in Turkish times, the village judge fearfully buried his treasure chest, on the border of the adjacent forest. No one survived the Turkish invasion (1548), and later people did not even know exactly where the treasure might be, so they dug up the supposed edge of the forest, of course to no avail. Hence the name of the pit, ditched places: "Money pits".

It is also nationally rare for many valuable and highly protected plants to occur in such a relatively small area. There are black pine forests around 27-30 years old in the area. Rare and valuable plants on the clearings between them, resp. occur in arrows. Among its protected plant rarities, the highly protected flycatcher and the frost flower stand out. The latter has about 25-70 flowering stems per year. In Hungary, such a unique place is known only here. 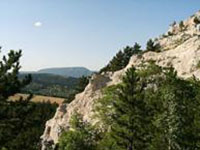 Kűmell is the name of a nearly 30 m high pair of dolomite rock in the western part of the mountains, rising steeply above Lőtéri Street, which rises directly above the village. The rocky area is nearly 200 m2, and the size of the Round Hill designated for local protection is 5.8 ha.
Its ridge and much of the mountain are covered by more than 90 years of black pine stands. The cliffs themselves are difficult for humans to access, and perhaps this has allowed unchanged and undisturbed vegetation to develop on it. Among its highly protected plants, the honey bee stands out with a stem and the sand petal with about 30-40 flowering specimens per year.

This protected area includes the area demarcated by the west wing of a quarry and the Gödörházy and Szőlőhegyi streets. The name dates back to Turkish times, when the locals still fished with a special conical fish cather along the area due to the high water level of Lake Balaton. In this area covered with karst bush forest, the original plant associations, rare plants, have survived almost undisturbed. The size of the protected area is 2.7 ha. 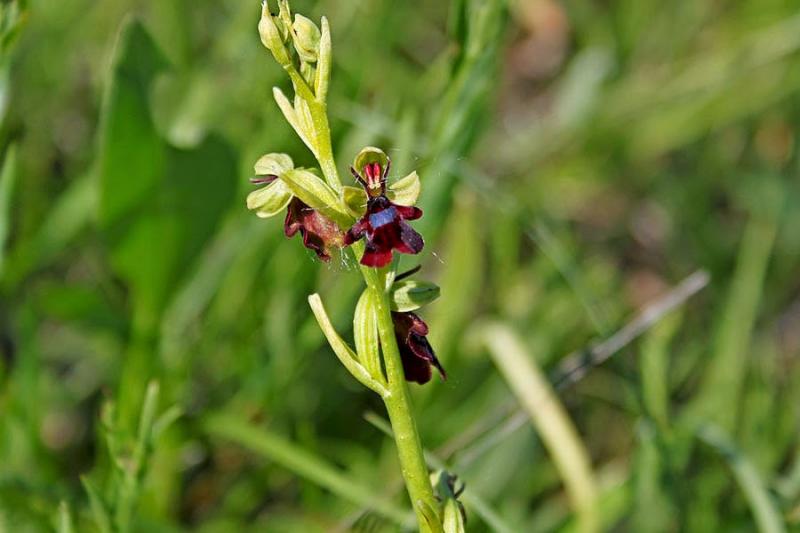 The area is located on the border of the built-up area, at the end of Vadrózsa Street, in an area of 0.48 ha surrounded by the east wing of Hunyadi Street and  a quarry.
There are many rare and valuable plant species in the locally protected small lawn, the most important of which is the fly agaric ca. stock of 20-30 stems. 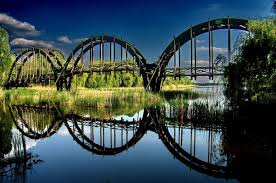 Attractions in the area

There are many attractions in the area for tourists who come here: - Monuments and museums of Keszthely (Festetics Castle, Balaton Museum, Georgikon Museum, Pethő House, Baby Museum, Marzipan Museum, etc.), 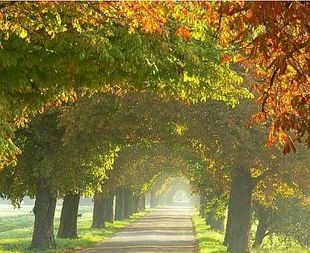 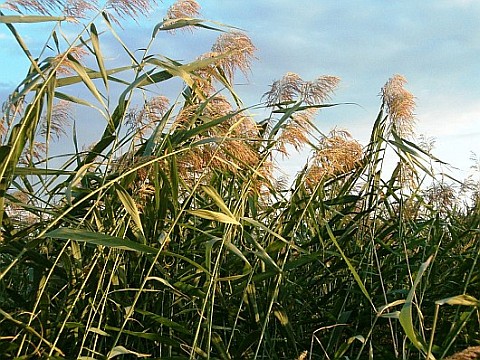 The reeds organically connected to Lake Balaton have already been severely degraded in Gyenesdiás, but their further destruction must be prevented, as their absence can later lead to a serious deterioration of water quality.