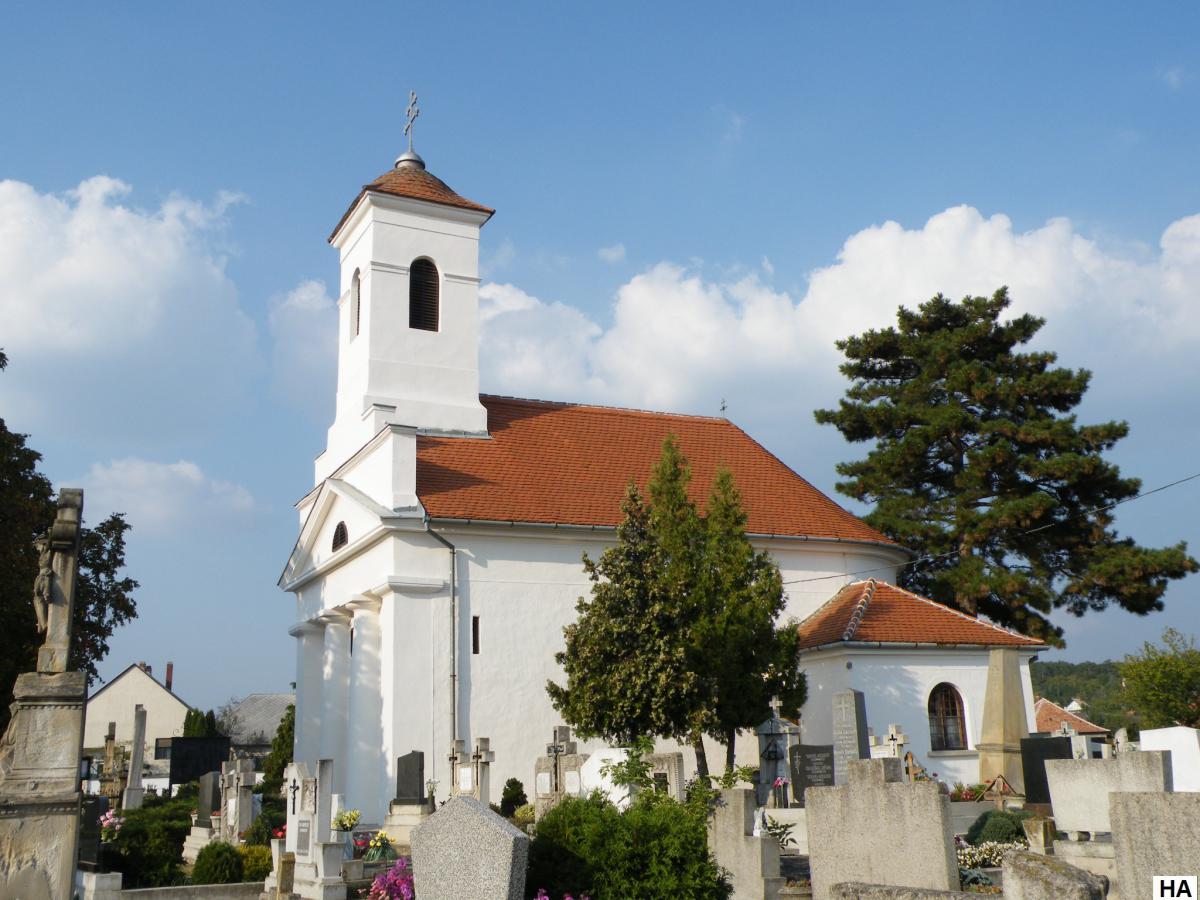 As early as 1807, the inhabitants of the Gyenes, which still belonged to Keszthely, decided to build a chapel in honor of God. At that time the remaining ruins of St. Elizabeth's Chapel in the village were demolished. However, Count György Festetics, the landowner of the village, did not contribute to the construction, so the stones were sold by the citizens of the village, and the price was put to interest. After the count's death, the people turned to his son László Festetics, who not only allowed the construction of the chapel, but also supported it with building material, and added land to it.

The church objects and all the equipment of the church were donated by the Count's wife, the Princess and her daughter, Countess Ilona. The classicist-style church was completed in a year and a half, and was dedicated in 1826 in honor of St. Ilona. The semicircular sanctuary is the same width as the ship. Above its two-columned gate you can see a tympanum and a small tower. The cross was placed on the tower in the year following the consecration. It is only the one St. Ilona church in the country.

The Blessed Virgin’s Church of Diás 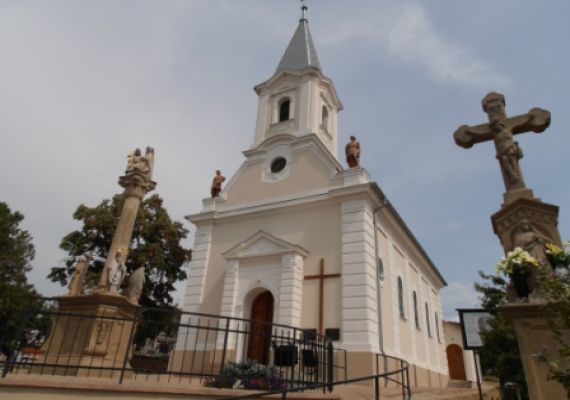 It was erected in the place of a former chapel, to the design of Ákos Radits, an architect from Budapest, in 1894. Most of the building costs were covered by the estate of deceased Mihály Dornyai. Some of the building material was provided by Count Tasziló Festetics, while the costs of equipment were borne by the inhabitants of Diás. The polychromic altar of Renaissance style was made by József Runggaldier, a sculptor from Gröden, Tyrol. 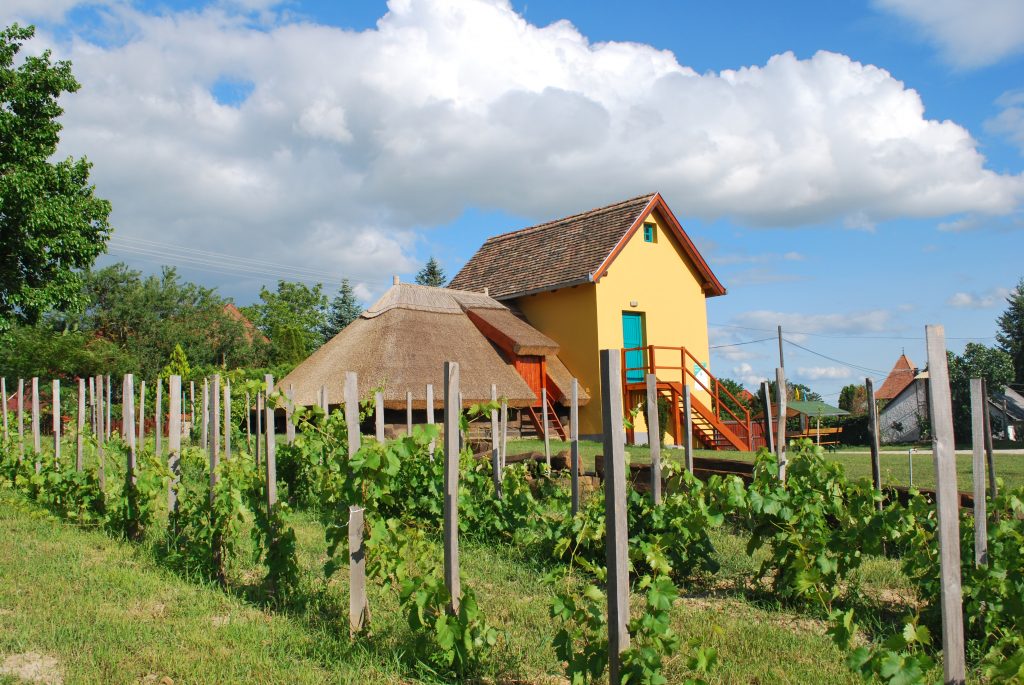 This log cellar from the 17th century is a typical item of original rustic architecture. Its main girder beam carries the date of 1644 engraved. Log cellars used to be built as long as landowners let people cut and use oaks, which used to grow in neighbouring woods in abundance and offer a useful building material. 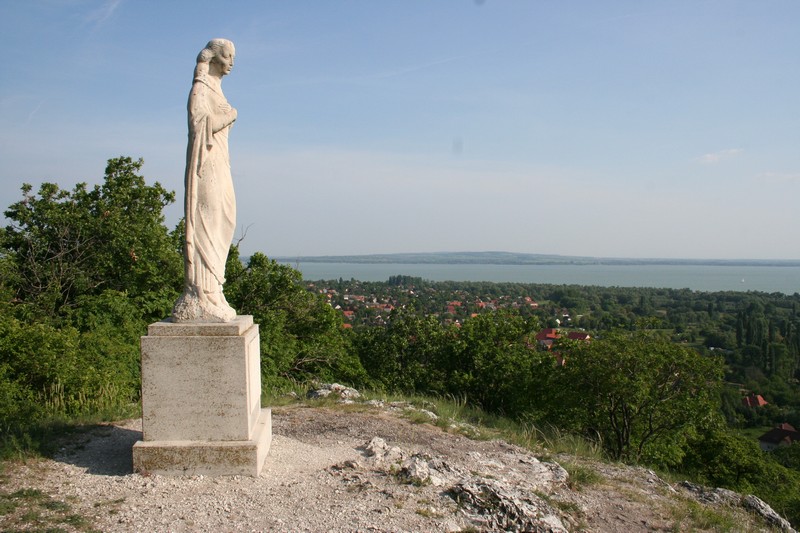 The statue of Virgin Mary (Patrona Hungaria, i.e. ‘the Patron of Hungary’), consecrated in 1990, is located on the top of a hill above Highway No. 71, within a Nature Conservation Area. A work of art by Sándor Boldogfai Farkas, it also commemorates the last queen of Hungary, i.e. Queen Zita, wife of Emperor Charles IV.A 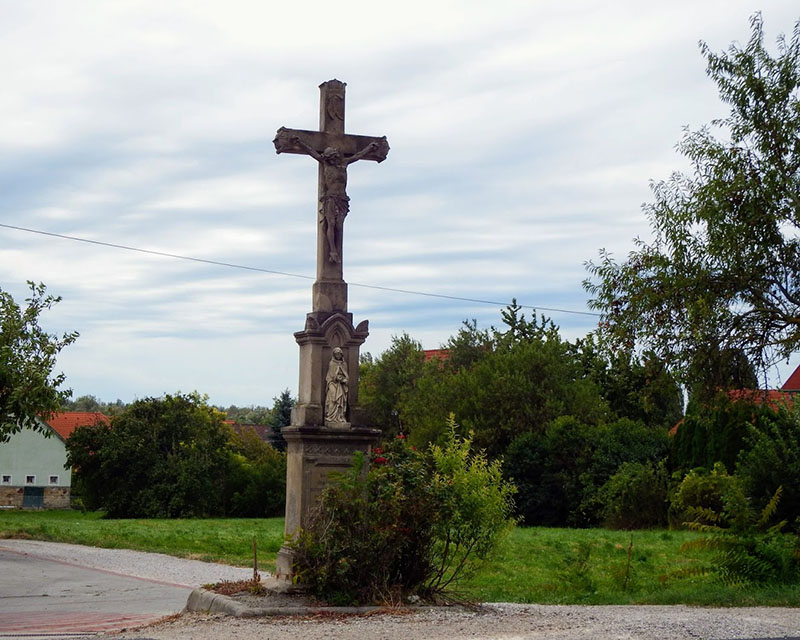 It was erected by János Vitéz and his wife, Anna Ságvári, in 1807. It is special for its long age and its date of erection being marked in cipher. The Roman numerals can be gathered from the Latin epigraph. There are several (i.e. 16) more, though younger, crosses in the village.

Capernaum is the name of a town on the shores of Lake Gennesaret in Israel where Jesus enjoyed his time. The Lutheran institution was named after this place. Originally the house was built by dr. Dezső Bita, a Benedictine university professor from Győr, at the end of the last century, as a holiday home. In 1907 he established his own expiration and bath on Lake Balaton, so there was a time when the village had three beaches. The house changed its owner several times, and was eventually bought by the Evangelical Theologian Home in Sopron in 1933 for the purpose of a pastoral and conference center. The building has been expanded several times. In summer, public worship is held on Sundays. The institution has good relations with Transylvanian and German Lutherans. 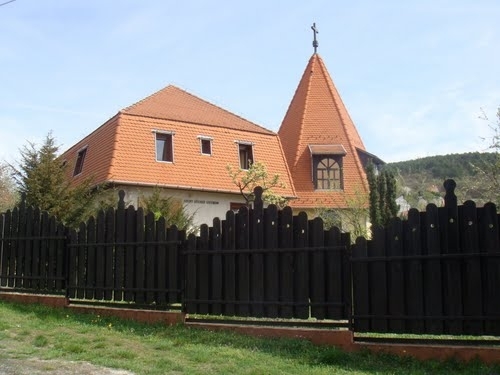 In 1993, a Carmelite monastery named after the Divine Heart of Jesus was built and consecrated with Dutch help.
The monastery was built by the will of the Order. Their goal is to train newcomers and re-create a life together for older sisters. In his chapel you can see three beautiful statues made by Bavarian woodcarving artists: Jesus, Mary and St. Joseph.

Statue of St. János of Nepomuk 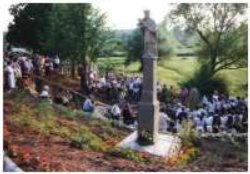 In 2000, the St. János's spring was renovated: contractors and the Spring Water Nature-Friendly Association restored the statue of St. János of Nepomuk erected in 1828 above the spring, and in addition to landscaping, several memorial trees were planted. Memorial plaques at the foot of the trees preserve the memory of Sándor Léczfalvi, a water engineer who once designed the system for networking resources, Béla Dornyai Darnay, a local history, and the priest poet János Talabér.

Old wine press at the roundabout 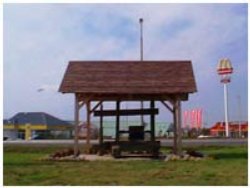 The nearly 150-year-old old, less preserved ornate wine press was made by the great-grandfather of Tamás Molnár, a nobleman of nobility. He has rested it in a cellar and is now on the border of the village. The press symbolizes the one-time viticulture past of the village.